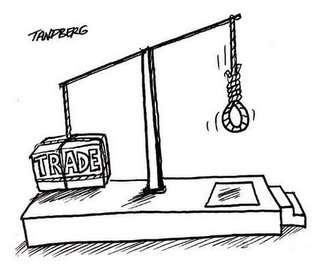 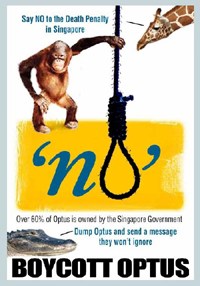 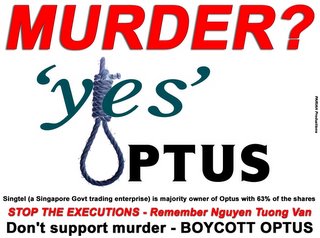 Diori Yu is a free-lance writer based in Southern California.


The images above, which are culled from Australian sources, suggest that Singapore's image in Australia will--at least in the short term--be adversely affected by the hanging of Australian drug smuggler Nguyen Van.

Singapore might take comfort in the results of the poll published just before Van's execution that more than half of the Australian public said the young Melbornian deserved to die.

Such solace might be misleading and indeed fleeting. Polls often result in different findings depending on how questions are phrased. And moreover, these are the results of only one poll. Even assuming the accuracy of this poll, the results, then, denote that about half of Australians opposed the Singaporean government's decision. And this is the indignant half who are more likely to take proactive actions against Singapore such as boycotting the city-state's goods and services, avoiding travel/stop-over to the country, and divesting from companies who invest in Singapore. In fact, we are hearing stories in the press that these activities are already occurring, albeit still at a relatively slow pace.

More importantly, however, the tarnished image of Singapore can take on a lore of its own. Recall the Michael Faye's caning incident. At the time of the event in 1994, polls in Faye's home state of Ohio actually showed a majority of people favoring the punishment meted out to him. Yet, ask any average American today about his knowledge of Singapore. He will likely scratch his head, pause a moment, and say "Singa-who?... Wait, isn't that the country that caned that vandal kid?"