As the Fairbank Report correctly forecasted back in 2010, China's GDP will overtake that of the USA by 2015.  Another win for the Fairbank Group's economic predictions!!!!

Hope This is Not Happening to Evelyn Lin! 
Chase Bank is reportedly closing the accounts of hundreds of people that work in the adult industry…aka…porn. And South Florida is a hot bed for the internet porn industry, so this will definitely affect some of the Miami based entertainers and workers.
Apparently, Chase is using moral high ground as the basis for sending out letters (pictured below) to the actresses and actors involved in the industry and gave them less than 30 days notice to find other means of holding their money. The accounts will allegedly be closed on or around  May 11, 2014.
The actress in the letter below is actually Teagan Presley and here’s what Chase told her:

Presley said she did not use her Chase account for adult-related purchases, only for groceries, rent and utility payments and her childrens’ gymnastics lessons. Sometimes she would deposit checks from strip clubs, Fleshlight and other adult companies.

“I called them and they told me that because I am, I guess, public and am recognizable in the adult business, they’re closing my account. Even though I don’t use my account, it’s my personal account that I’ve had since I was 18, when it was Washington Mutual before Chase bought them out. I can understand if I had some checks that bounced or if I wrote checks that bounced, or anything like that, or I was charging stuff to a lot of adult companies, but I just don’t have anything like that on my account.”

Chase is now facing a class action lawsuit from various adult workers and production companies.
Posted by The FAIRBANK REPORT at 4/29/2014 11:14:00 PM No comments: 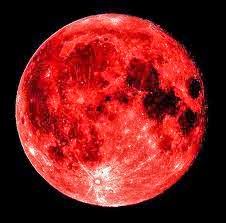 Decimation of the American Middle Class

The following unusually well-written comment from a Yahoo Finance (4/4/2014) reader sums up the plight of the American middle class.  In a few paragraphs, the piece succinctly outlines what happened to the middle class during the mini-depression of 2008.

During the recession, companies did a lot of cutting from the top of the income scale. The remaining people were so scared, they were willing to do anything to keep their jobs...now these "emergency" measures are the new norm, for salaried workers who were asked to take up the slack.

There is no such thing as the 40 hour work week for people on salaries...the new normal starts at 60 hours and goes up from there. (Unless you work for the govt. )

Do not get me wrong, after a period of unemployment, we are still grateful just have a job and an income, even if it is about half of what it was a decade ago.

As it turns out the Recession was a gift to businesses. They were able to do in one fell swoop what they had been doing by degrees for several decades....which was to drastically cut the wages of middle and upper income earners...a few months operating near the red, have now been followed by five years of record profits.
Posted by The FAIRBANK REPORT at 4/04/2014 09:02:00 AM No comments: