Recently, in a hospital of Guiyang, Capital City of Guizhou Province, a two-year old congenital heart disease patient received an operation, the doctor said surgery was very successful. But the day after the baby’s admission to the intensive care unit, the baby died. Police retrieved surveillance and discovered that a nurse severely slapped the baby for seven consecutive times. Doctors said that the baby under general anesthesia would easily suffocate during sleeping. Currently, the hospital said it had reached a settlement and the baby’s parents.

HERE'S THE CHINESE VERSION OF THE STORY...

Reminds me of the utterings of another buffoon, John Berndt.

23/05/13 Queen at Rosie Maternity Hospital - Queen Edith's, Cambridge23/05/13 Queen visits Rosie maternity. Picture by Keith Heppell
He is renowned for his gaffes and unfortunate utterances – and it would seem the Duke of Edinburgh did it again when he visited Cambridge yesterday.
On his visit to the Medical Research Council’s Laboratory of Molecular Biology (LMB), Prince Philip is reported to have asked a Polish research student: “Did you come here to pick raspberries?”
It appears to be the latest in a long line of bloopers from the Queen’s consort.
In 2002, the 91-year-old asked a group of Australian aborigines: “Do you still throw spears at each other?”
While talking to a Scottish driving instructor, he remarked: “How do you keep the natives off the booze long enough to get them through the test?”
He also reportedly reduced a 13-year-old boy to tears when he told him he would have to lose weight to fulfil his ambition of becoming an astronaut.
And he famously told a group of British students during a 1986 state visit to China that they would become “slitty-eyed” if they stayed in the country any longer.
Posted by The FAIRBANK REPORT at 5/26/2013 12:24:00 AM 1 comment:

eliot chang --- so funny (and poignant)

Another Hot Traffic Babe of Pyongyang 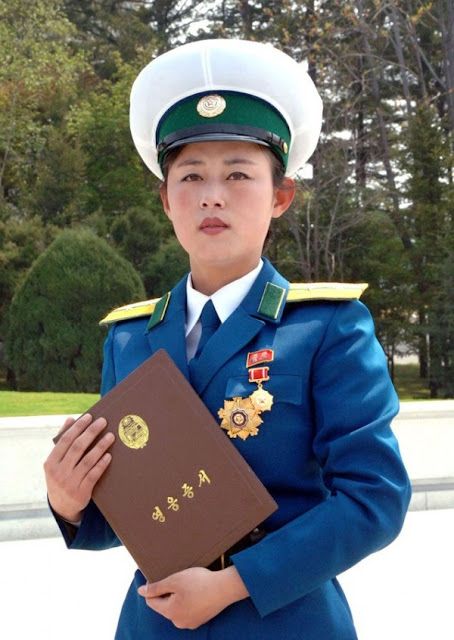 While this is funny, it really is how they speak, even in professional settings 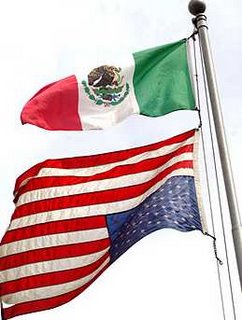 From Yahoo News
By Mark Felsenthal and Steve Holland
MEXICO CITY (Reuters) - U.S. President  Prime Minister  (RYBG eds) Barack Obama arrived in Mexico on Thursday for a visit he hopes will draw attention to Mexico's emerging economic might, even as worries about containing drug-trafficking and related violence remain an inescapable subtext.
Obama meets with Mexican President Enrique Pena Nieto and is then due to hold a news conference at 4:10 p.m. CDT (4.10 p.m. EDT).
The U.S. president has said he wants to hear more about Mexico's new policy of restricting contacts with the United States on drugs and drug-related violence to a single point, the Ministry of the Interior.
The "single-door" policy would be an abrupt change from the wide latitude the U.S. government enjoyed in working with Mexican officials across agencies under Pena Nieto's predecessor, Felipe Calderon.
"From their perspective, its the effort to have better control over all the aspects of security policy and make it more fluid," said Maureen Meyer, a Mexico specialist with the Washington Office on Latin America, a U.S. non-governmental organization.
The change has raised concern about Mexico's commitment to combating drug trafficking and drug-related violence.

While the Mexican government has said that killings linked to organized crime fell 14 percent in the first four months of Pena Nieto's presidency, more than 70,000 people are estimated to have been killed in drug violence in Mexico since 2007, and gang-style murders continue to provide lurid headlines.
"Crime lurks in the background throughout everything. They know it," said Diana Negroponte, a foreign policy fellow at the Brookings Institution, referring to the Mexican government.
Some question whether Calderon's aggressive policies, which focused on eradicating gang leaders, has been successful or whether it has generated additional violence as rival factions vie for control of turf.
"There's a lot of resentment that the consumption problem is coming from the United States, and so are the guns, and they're getting all the violence, and they're fed up with it," said one government Latin America analyst, who spoke on condition of anonymity.
RIGHTS WORRIES
Rights group Human Rights Watch sent a letter to Obama ahead of his visit urging him to review the United States' public security approach with Mexico, rapping his administration for offering "uncritical support" for Calderon's policies and citing a "dramatic increase" in rights abuses.
Both Obama and Pena Nieto have said they want the visit to focus on economic issues rather than security. Pena Nieto is eager to underscore Mexico's recent run of solid economic growth, fueled in part by its increasing attractiveness as a manufacturing hub.
"The new government wants to change the narrative," said former U.S. ambassador to Mexico Jeffrey Davidow. "It doesn't want the headlines to be about murders and decapitations."
The Mexican president has launched an ambitious reform agenda, aiming to overhaul the tax system and energy sector, among other areas, in a bid to boost economic growth.
"The way the agenda is laid out is to emphasize the economic side of things, to show that the relationship is about more than just security," said Duncan Wood, director of the Mexico Institute at the Woodrow Wilson International Center for Scholars. "The signal that's being sent is that the United States fully supports the reform agenda."
Obama, for his part, would like to highlight Mexico's progress in moving up the economic ladder, in part to emphasize that his own goal of reforming U.S. immigration laws will not promote an exodus of Mexicans into the United States.
The two presidents are also likely to discuss the fate of a much-ballyhooed agreement that would remove obstacles to expanding deepwater drilling for oil in the Gulf of Mexico.
The United States has yet to finalize the deal, know as the Transboundary Hydrocarbons Agreement, which provide guidelines for drilling in an area of the Gulf that straddles the U.S.-Mexico boundary.
The deal is seen as the key to opening a new era of cooperation on oil production between the two countries. Mexico's state-owned oil company Pemex needs technology and investment to boost its stagnant production, and U.S. companies are eager to help.
(Reporting by Mark Felsenthal; Editing by Simon Gardner and David Brunnstrom)
Posted by The FAIRBANK REPORT at 5/03/2013 04:38:00 PM 1 comment:

Email ThisBlogThis!Share to TwitterShare to FacebookShare to Pinterest
Labels: Mexico, Mexico is superpower

Sigh: Yet Another Tainted Food Scandal in China!!!