From Forbes.com, the hardest hit American cities in the current Bush-Obama recession/mini-depression: 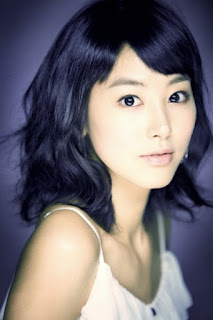 The Messiah's Oratorical Skills are Worse than Those of G.W. Bush; Yet, MSM Continue to Praise Him as "Flawless"

The Fairbank Report noticed the Messiah's miserable oratorical skills back in November. Now even the left-winged Guardian realizes it. When will the doey-eyed American MSM wake up? Answer: Never.

Inexperienced yet arrogant, St. Obama, the Chosen, wrongly trashed Nancy Reagan for practicing seances. For the record, Mrs. Reagan has never engaged in the black art of seances.

Is this the putatively flawless orator from the ghetto?

The question that flummoxed the great orator

Barack Obama, the World's Greatest Orator (™all news organisations), didn't exactly cover himself in glory when the BBC's political editor Nick Robinson asked him a question about who was to blame for the financial crisis. Normally word perfect, Obama ummed, ahed and waffled for the best part of two and a half minutes. Here, John Crace decodes what he was really thinking ...

Nick Robinson: "A question for you both, if I may. The prime minister has repeatedly blamed the United States of America for causing this crisis. France and Germany both blame Britain and America for causing this crisis. Who is right? And isn't the debate about that at the heart of the debate about what to do now?" Brown immediately swivels to leave Obama in pole position. There is a four-second delay before Obama starts speaking [THANKS FOR NOTHING, GORDY BABY. REMIND ME TO HANG YOU OUT TO DRY ONE DAY.] Barack Obama: "I, I, would say that, er ... pause [I HAVEN'T A CLUE] ... if you look at ... pause [WHO IS THIS NICK ROBINSON JERK?] ... the, the sources of this crisis ... pause [JUST KEEP GOING, BUDDY] ... the United States certainly has some accounting to do with respect to . . . pause [I'M IN WAY TOO DEEP HERE] ... a regulatory system that was inadequate to the massive changes that have taken place in the global financial system ... pause, close eyes [THIS IS GOING TO GO DOWN LIKE A CROCK OF SHIT BACK HOME. HELP]. I think what is also true is that ... pause [I WANT NICK ROBINSON TO DISAPPEAR] ... here in Great Britain ... pause [SHIT, GORDY'S THE HOST, DON'T LAND HIM IN IT] ... here in continental Europe ... pause [DAMN IT, BLAME EVERYONE.] ... around the world. We were seeing the same mismatch between the regulatory regimes that were in place and er ... pause [I'VE LOST MY TRAIN OF THOUGHT AGAIN] ... the highly integrated, er, global capital markets that have emerged ... pause [I'M REALLY WINGING IT NOW]. So at this point, I'm less interested in ... pause [YOU] ... identifying blame than fixing the problem. I think we've taken some very aggressive steps in the United States to do so, not just responding to the immediate crisis, ensuring banks are adequately capitalised, er, dealing with the enormous, er ... pause [WHY DIDN'T I QUIT WHILE I WAS AHEAD?] ... drop-off in demand and contraction that has taken place. More importantly, for the long term, making sure that we've got a set of, er, er, regulations that are up to the task, er, and that includes, er, a number that will be discussed at this summit. I think there's a lot of convergence between all the parties involved about the need, for example, to focus not on the legal form that a particular financial product takes or the institution it emerges from, but rather what's the risk involved, what's the function of this product and how do we regulate that adequately, much more effective coordination, er, between countries so we can, er, anticipate the risks that are involved there. Dealing with the, er, problem of derivatives markets, making sure we have set up systems, er, that can reduce some of the risks there. So, I actually think ... pause [FANTASTIC. I'VE LOST EVERYONE, INCLUDING MYSELF] ... there's enormous consensus that has emerged in terms of what we need to do now and, er ... pause [I'M OUTTA HERE. TIME FOR THE USUAL CLOSING BOLLOCKS] ... I'm a great believer in looking forwards than looking backwards.

Mrs. O, Hands Off Our Queen! 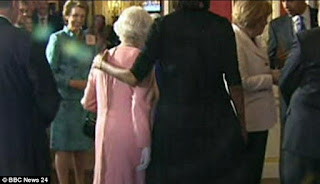 When a true Englishman is hugged, every fibre of his being resists, writes Nigel Farndale.

Goodness, the power of a photograph. That one of Michelle Obama and the Queen standing next to one another with their husbands either side was… well, I'd better take a deep breath, gather, step back from the brink before I embarrass myself. It was moving. I was moved.

There was something about those handsome, smiling, clean-limbed, corn-fed Americans towering benignly over our petite Queen and her shorter-than-he-used-to-be consort: a meeting of generations, of worlds old and new, of allies, of minds. My love for America has always been unconditional, and that photograph reminded me why.

Then they went and ruined it with the next picture, the one of them hugging. I'm sorry, Mrs Obama, I don't care how strapping and smiley and gorgeous you are, no one touches the Queen. How do you think the Tibetans would feel if you started manhandling the Dalai Lama? Mmm? Or the Italians if you gave the Pope's knee a friendly squeeze? It's just not on. There are no excuses. You should have known. THE BRITISH. DO NOT. HUG.

If you check through the State Department protocols you were given for this trip, you will see it there on page one, first paragraph. "Please note: The British do not hug. They are a reserved people with codes of behaviour that stretch back for a millennium. They will nod politely, they will shake your hand, but invade their personal space and they will cringe, both outwardly and inwardly."

I know, I know, already there is some revisionism going on. On Friday, one newspaper claimed it was the Queen who hugged first. Of course she didn't. She might have "ushered". The Queen has to usher from time to time otherwise people would just stand around gaping at her all day and Royal functions would never end. On these occasions, her white-gloved hand will slip out and touch the small of the back. This is a prompt, a steer, an ush. It doesn't give the recipient the right to clamp a great mitt round her shoulder.

To be fair, Mrs Obama, I think you quickly realised your faux pas. The following day you went hugging mad: teachers, parents, schoolchildren – anyone who came within five yards of you got hugged. Presumably you were hoping that in this blur of hugging we would soon forget about that one particular hug. But it doesn't work like that.

I know what you're thinking: he's just upset because he didn't get a hug. You're thinking that, if I had signalled him over with those supple rolls of my wrists and said: "Come on, big guy, you know you want to," he would have been across the room like a shot. Well, you'd be wrong.

Example: the other day Bette Midler hugged me. There I was, sitting on a sofa interviewing her, when she told me that instead of keeping a diary she always has one of her entourage take photographs of whoever she is with. Next thing I know she is cuddling up to me and a photograph is being taken. I was emailed it later. Midler is all smiles, so very unselfconscious and American. I look like I'm caught in headlights. My body language says: "Help! I'm being hugged!"

Evolution must have something to do with this. I reckon that the Pilgrim Fathers didn't go out to colonise the New World by choice, they were politely asked to leave because they were going around hugging everyone. You can see their descendants in sitcoms like Friends. Joey and Chandler are always going around saying, "Let's hug it out!" The funny thing is, Gordon Brown is clearly descended from one of the non-huggers left behind on this cold little island. The tactile Barack Obama couldn't keep his hands off him, and you could tell that every sinew in Mr Brown's body was screaming: Please don't touch me! I like him for that.