Ungraceful Exit: Tony Blair's First Day as Commoner Had to Carry Own Luggage!

Compare this picture with the typical transfer of power in the United States where the outgoing President is gracefully sent off in a military helicopter as the incoming President and his family wave good bye on theWhite House lawn.

Meanwhile, new PM Gordon Brown is faced with his first crisis as the Religion of Peace threatens to strike London again and indeed has struck Glasgow.
Posted by The FAIRBANK REPORT at 6/30/2007 11:52:00 AM 3 comments: 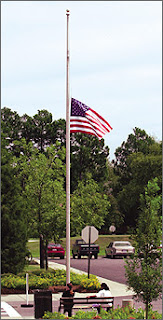 When will the nappy-headed Americans wake up?! Wake up! Wake up!