In light of the Miers withdrawal today, it is worth revisiting the FAIRBANK REPORT's 30 September piece on Justice O'Connor's replacement.

By B G Phan

Mr. Phan is Senior Editor of the FAIRBANK REPORT.

Shortly, President Bush will nominate a replacement for retiring Supreme Court Justice Sandra Day O'Connor. Whilst the political machinations behind the selection of a Court nominee are as Byzantine as those behind the election of a Pope, seasoned tea-leaf readers can discern certain patterns.

The FAIRBANK REPORT, therefore, projects that Mr. Bush will nominate United States Attorney Debra Yang to the High Court. Ms. Yang was Superior Court judge in Los Angeles County until 2002 when the President chose her to become U.S. Attorney for the Central District of California. Like Mr. Roberts, Ms. Yang is young, talented, expert in the law and virtually unheard of in political circles. Like the nominations of Mr. Powell and Dr. Rice, Ms. Yang's nomination would be bold and historic. She would be the first Asian-American and the first woman of color to serve on the United States Supreme Court. In light of Justice O'Connor's recent comments about the importance of having another woman justice on the Court and in light of admonishment from Democratic senators against controversial nominees, Ms. Yang makes an excellent and compelling choice.
Posted by The FAIRBANK REPORT at 10/27/2005 08:53:00 AM No comments:

The Shenzhou Missions: Purging the Ghosts of 1839 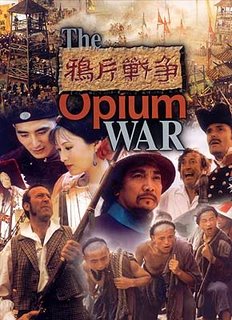 The year was 1839. A year that would have unparalleled consequences to China and the Chinese people for the next 150 years.

That was the year that Commissioner Lin of Guangzhou (Canton) ordered the destruction of British ships and their deadly cargo—opium. For the next three years, the Middle Kingdom, a land-based empire, was fighting the greatest navy the world had ever known. The result was not surprising. Imperial China was defeated and consequently forced to cede to Great Britain the tiny island of Hong Kong, among other concessions. When the Emperor affixed his imperial insignia on the Treaty of Nanking in 1842, he probably thought he was only willing away an insignificant rock to a barbarian tribe. Little did he know that he was signing the death warrant of his own imperial household.

From 1839 onward, China was never the same again. The imperial regime lumbered on—facing defeat after defeat--until it was overthrown in 1911. More importantly, Chinese psychology was forever changed. China and Chineseness went from the center of the universe to become the sick man of Asia. While China decayed, Japan, an upstart really, modernized to the point that it was able to quite easily conquer its cultural progenitor in the 1930’s.

On October 1, 1949, Chairman Mao proclaimed in Tiananmen Square that China had arisen. In the political sense, yes. With the unification/liberation of the country, the Communists were able to unify Mainland China for the first time since the mid-1800’s. But not psychologically or spiritually. In 1949, China was utterly impoverished from wars and mismanagement. The sick man of Asia may have had his own house, but it was the proverbial dump.

Thus, the psychological importance of the Shenzhou missions. With Shenzhou V two years ago, China became the third country ever to launch a man into space, and this week’s successful Shenzhou VI mission manifestly demonstrated that this capability is no fluke. Technologically speaking, there’s nothing unique or innovative about the Shenzhou crafts; in fact, they are based on the Soviet/Russian Soyuz spaceships.

But the Shenzhou expeditions had never been about technological innovation. They are about restoring national pride and national spirit to a proud people with a long and admirable history. That these achievements in space may temporarily prop up an ailing Communist regime in Beijing is interesting but not central to the Chinese people and the Chinese diaspora. For the Chinese, Shenzhou may just have purged the ghosts of 1839.
Posted by The FAIRBANK REPORT at 10/17/2005 02:22:00 PM 2 comments:

The Real Battle Behind the Miers Nomination


Since the day President Bush announced his nomination of Harriet Miers to the Supreme Court, criticisms from the Right have been harsh and unrelenting. From talk radio hosts to bloggers on the Internet, the interneccine attacks must delight Democrats to no end. Even the intellectual conscience of the Right, George F. Will, joined in the attack in a brilliantly written opinion piece.

Throughout the President's first term, conservatives have been placated by the historic tax cuts, his pro-life stances on stem cell research and partial-birth abortions, his hawkish policies against terrorism and the President's general pro-faith attitudes in both his personal and public personas. Beneath this veneer of good feelings, however, disquiet, if not outright discontent, has been brewing among conservatives.

Two issues particularly come to the fore: illegal immigration and federal spending. Over the last two years, conservatives have been alarmed by the number of illegal aliens who have traversed the porous southern borders and the attendant social and economic costs associated with such mass migration. The Minutemen Project, in which volunteers monitored and documented illegal migrants crossing the Arizona border, demonstrated the scope of the problem. Yet, the President refuses to acknowledge the problem and continues to insist on a guest-worker program, which to conservatives smacks of another amnesty offer.

Similarly, fiscal conservatives have been stunned by the Administration's record deficit-spending. While much of the spending appears reasonable, namely monies spent on the war against terrorism in Afghanistan and Iraq and the rebuilding of the Gulf Coast, conservatives are irked by the expansion of the Medicare program to include prescription drug benefits as well as pork barrel transportation spending.

Now enters poor Harriet Miers, the President's confidant and White House Counsel. By most accounts, Miers is a centrist, a Democrat who turned Republican twenty years ago. Clearly, she is not one of the conservatives' own. She's not like Pricilla Owens or Janice Rogers Brown.

Hence, the current interneccine battle. Ostensibly, the battle is over whether Miers is sufficiently conservative for the High Court. More accurately, this is a proxy battle between ideological conservatives and the President whom they twice helped to elect and who now seems to be drifting waywardly from conservative orthodoxy on such issues as illegal immigration and federal spending.
Posted by The FAIRBANK REPORT at 10/14/2005 02:08:00 PM No comments:

Game Theory and the Oft-Misunderstood Science

I am pleased that two economists specializing in game theory (Professors Thomas Schelling and Robert Auman) have won the 2005 Nobel Prize for Economics. Game theory is a branch of economics, and increasingly a branch of mathematical political science, that analyzes the behavior of rational actors under a given scenario. It is not only significant among academics but can and ought to be used by all managers who make decisions. Game theory is the most powerful tool we have to predict behavior in humans, animals and even microscopic life such as viruses and bacteria.

Professor Schelling was asked in an interview what his research in game theory has to do with economics. The lay public has a very narrow understanding of economics. Most people mistake financial economics, that is the science of interest rates, monetary policy, yield curves, etc., for the entirety of the dismal science. Financial economics is only one small branch of economics.

At its core, economic science is about social behavior and interaction. In this regard, it is akin to the fields of sociology and psychology. Where sociologists and psychologists explain social interaction from the perspectives of organization and culture, economists approach social behavior from the viewpoints of rationality, strategy and available information, thus the significance of game theory.

It is inappropriate that in all high schools and most universities Econ 101 starts with the demand and supply curves. Econ 101 should be devoted to the fundamental philosophy behind economics: It is the study of behavior.

By the numbers: the high costs of uncontrolled and illegal immigration

Mr. Cooper-Basset is a writer based in Orange County, CA.


The high costs of uncontrolled and illegal immigration include:

**the closure of seven hospitals in the southern California area due to overuse and abuse.
**$10- $15 billion per annum in social service costs to the California State government alone.
**$20 - $25 billion loss to the U. S. economy due to remittances back to Mexico alone.
**crimes; 30% of all inmates in the federal pen are illegal aliens.
**3,000 murders per annum in the United States, which are attributable to illegal aliens.
**the murder of LA County Sheriff's Deputy David March.
**the virtually overnight destruction of the California public school system, which was once the envy of the country.
**urination and defication as well as fornication in public.
**the corruption of local and State politicians and institutions.
**the destruction of historically significant local neighborhoods.
**the displacement of local populations.
**the destruction of road infrastructure due to overuse.
**highway traffic.
**drug-trafficking.
**Chinese spies in the United States with untoward motives.
**Asian and Hispanic gangs ruling local neighborhoods like fiefdoms of yore.
**Asian sex slaves.
**the destruction of the once-beautiful City of Monterey Park, CA.
**the high rates of drug-resistant TB and other deadly diseases of the Turd World.
**the loss of American sovereignty in California, Texas, New York and New Mexico.
**the compromise of national security.
Posted by The FAIRBANK REPORT at 10/05/2005 09:32:00 AM No comments:

Appointing the "Lottery Lady" to the High Court

Mr. Fairbank is Editor-in-Chief of the FAIRBANK REPORT.

Apparently, White House staffers did not read our Senior Editor's piece on 30 September, 2005, in which he advocated the nomination of US Attorney Debra Yang for outgoing Justice O'Connor's seat on the Supreme Court. In appointing the "lottery lady" (Harriet Miers) for Senate consideration, Mr. Bush opts for someone who has no judicial experience and little paper trail. By all accounts, Ms. Miers is a likeable middle-of-the-roader, whose professional experience better suits a position at the district court level. In nominating Ms. Miers to the High Court, the President underscores his political weakness amidst the Iraq and Katrina debacles. His much touted "political capital," which he claimed to have earned in the November 2004 general elections, had apparently dissipated. He appears to be too politically wounded to even put up a good fight on behalf of a good conservative Court nominee, let alone to push through major Social Security reforms.
Posted by The FAIRBANK REPORT at 10/03/2005 03:00:00 PM 1 comment: