Email ThisBlogThis!Share to TwitterShare to FacebookShare to Pinterest
Labels: "It's You", Chinese, guang liang 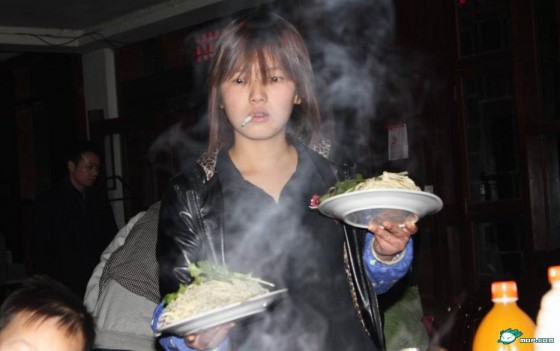 Waitress at a small eatery in China
Courtesy:  www.chinasmack.com 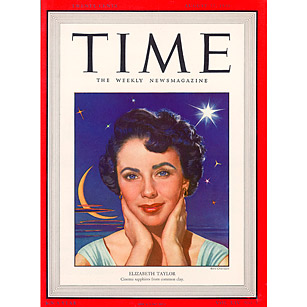 
LOS ANGELES, March 19 (UPI) -- A UCLA student who posted an offensive "Asians in the Library" video on YouTube has apologized and dropped out.

In a letter sent Friday to The Daily Bruin newspaper at the University of California, Los Angeles, Alexandra Wallace wrote, "In an attempt to produce a humorous YouTube video, I have offended the UCLA community and the entire Asian culture. I am truly sorry for the hurtful words I said and the pain it caused."

She added, "Especially in the wake of the ongoing disaster in Japan, I would do anything to take back my insensitive words."

Wallace said her "mistake" had led to "harassment of my family, the publishing of my personal information, death threats and being ostracized from an entire community" and she was withdrawing "for personal safety reasons."

The university had already decided not to take any action against Wallace for the video, which became an Internet sensation in the last week


Another great spoof on Alexandra Wallace...

Email ThisBlogThis!Share to TwitterShare to FacebookShare to Pinterest
Labels: alexandra wallace, Asians, bimbo, down with imperialism and racism, UCLA

"White Bitch in the Library"

Email ThisBlogThis!Share to TwitterShare to FacebookShare to Pinterest
Labels: Asians, down with imperialism and racism, UCLA

The end for Japan?

Do Friday's massive earthquake and tsunami mark the end for Japan?  In addition to the massive physical destruction and large death and injury tolls, the Japanese government is contending with nuclear plants that seem to veer out of its control. 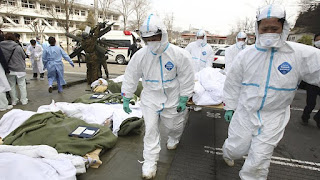 China to Eliminate Poverty by 2020


If any country can do it, it's PR China.  Over the last 30 years, it has lifted 400 million people out of poverty.  During the same period, the USA has added millions to its already stagnant list of impoverished people.  Qi lai!

Beijing, March 7 – China aims to eradicate poverty in the next 10 years by focusing on the country’s destitute population, Chinese Premier Wen Jiabao has said.
Wen said Sunday the country will intensify its poverty alleviation efforts through aids and development, People’s Daily reported Monday.
China’s State Council is drafting a new 10-year poverty-reduction plan (2011-2020), in which the country’s poverty line of 1,196 yuan per year (about $0.5 a day) will be ‘greatly raised’, Wen said during the ongoing session of parliament – the National People’s Congress.
According to the UN’s standard of $1.25 per person each day, China still has 150 million people under the poverty line.
China’s population was 1.3 billion in 2009.
Posted by The FAIRBANK REPORT at 3/12/2011 05:51:00 PM No comments:

Email ThisBlogThis!Share to TwitterShare to FacebookShare to Pinterest
Labels: China, China is Superpower

the fleecing of cities and counties 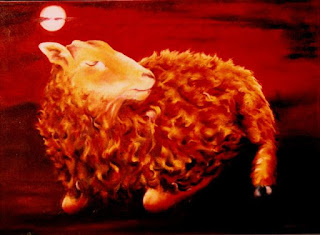 So you get a good salary and benefits to fight fires and stop crimes. That's fine.  But while you are working and earning a salary (+ benefits), you are also collecting a retirement check, which can be as high as 90% of your regular pay.  In essence, you get double pay for a single job!  Now cities and counties are going broke with these double-dipping schemes.