SDP: NOW IS THE TIME!

Dr Chee Soon Juan of the Singapore Democratic Party, a one-time Fairbank Report's Person of the Year, is running in a by-election in Singapore.  Election date:  TBD by the prime minister.  The long-suffering Dr Chee was imprisoned for many years and then made bankrupt by the PAP government.  He and his family could have had a very comfortable life in Singapore given his credentials, thus making his struggles for justice all the more moving and meaningful...
Posted by The FAIRBANK REPORT at 3/22/2016 07:20:00 PM No comments:

Her name is Gloria Tang (Chinese name Deng Ziqi; stage name GEM), and she sings in three languages:  Mandarin, Cantonese, and English.  Definitely, one of the best pop singers in the world.  She had won several major singing contests in China and Asia.

Interesting how this video was made in downtown LA, and they stereotypically chose an illegal alien to play her "boyfriend."
Posted by The FAIRBANK REPORT at 3/17/2016 08:04:00 PM No comments: Ruling in the case of a full-time national serviceman who died in 2012 after an allergic reaction to smoke grenades during a military exercise, the High Court yesterday (March 3) struck out a lawsuit brought against the Singapore Armed Forces (SAF).
Besides the SAF, the family of Private Dominique Sarron Lee had also sued his platoon commander as well as the chief safety officer of the exercise, alleging negligence on their part.
Arguing that there is no reasonable cause of action and that the suit is frivolous, vexatious and an abuse of the court process, all three defendants applied to strike out the claims of the family.
Judicial Commissioner Kannan Remesh who heard the case, agreed that the defendants are indemnified from being sued for negligence for deaths and injuries if the acts are certified to be attributable to service.
The judge disagreed with the plaintiff’s argument that the dead soldiers family was entitled to claim damages from SAF for breaching its contractual duty to ensure the highest standards of training safety as there was a contract between SAF and Pte Lee.
The Judicial Commissioner further ruled that the family of the dead soldier had to pay the legal costs of the defendants.
Defence Minister Ng Eng Hen in a Ministerial speech in Parliament in 2012 agreed that safety breaches led to death of Pte Lee. He died of an allergic reaction in a training exercise after a platoon commander threw six smoke grenades, even though regulations specified no more than two grenades were to have been used.
The Minister revealed that the cause of death was certified by the forensic pathologist of the Health Sciences Authority (HSA) to be due to an “acute allergic reaction to zinc chloride due to inhalation of zinc chloride fumes”, and that the Committees Of Inquiry believed that “if the Training Safety Regulations had been complied with, PTE Lee and his platoon mates would not have been subjected to smoke that was as dense as that during the incident”.
The mother of Pte Lee has expressed her disappointment with the Court ruling in aFacebook page dedicated to the memory of the soldier. She wrote:
“My dearest Dom, my heart continues to bleed for you. It has been 3 years and 10 months since you were taken from me and still, I haven’t been able to get any closure.
Today, Honourable Judicial Commissioner Kannan Remesh ruled that I have no case against those responsible for your death – the SAF and the 2 officers who did not follow the training exercise SOP. He also ruled that I have to pay for their legal costs.
Dom, how can I possibly pay them for taking away your life? Where is the justice? It seems, the price I paid has not been enough. Your death has not been high enough a price for SAF and the 2 officers, and now, not enough for Honourable Remesh, it seems.
They must be right, of course – the judge, the ministers, the SAF and their officers. They are experts in their fields. Individuals who studied and trained for years to be in their current positions.
What do I know? I’m only a mother to two sons. I only know to love my sons, to nurture them to become young men who will do right by others, to live with dignity, decency and human compassion. What do I know? They are the experts in their fields. They must know best. They do no wrong.
Dom, in these past 3+ years, I have been worn-down, beaten and defeated by the very government I taught you to trust; worn-down, beaten and defeated by the very system I counseled you to have faith in; worn-down, beaten and defeated by the very people I advised you to respect and honor.
Dom, forgive me. I taught you wrong.”
Posted by The FAIRBANK REPORT at 3/08/2016 08:37:00 PM No comments:

DEATH OF A FIRST LADY 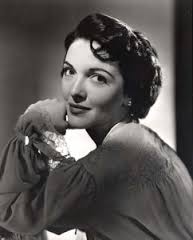 CHINA'S ANNUAL MEETING OF THE NATIONAL PEOPLE'S CONGRESS AND THE CHINESE PEOPLE'S POLITICAL CONSULTATIVE CONFERENCE ("LIANG HUI") COMMENCES TODAY UNTIL THE MIDDLE OF THE MONTH!

THIS IS THE FOURTH PLENARY SESSION OF THE 12TH NATIONAL PEOPLE'S CONGRESS!