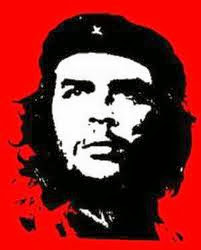 Hip Fairbank: What Does the Fox Say?

Email ThisBlogThis!Share to TwitterShare to FacebookShare to Pinterest
Labels: the fox, Ylvis

Rival states Japan and South Korea both have English-speaking TV channels in order to reach out/propagandize to the rest of the world.  The problem with Korea's Arirang TV is that they don't have any adults in charge. They rely on pretty faces who are NOT ready for prime time.  These beautiful faces, who are all under 35 years old, speak terrible English, stutter, cannot ad lib, and always wear a deer-in-headlight countenance on their faces.  Arirang TV has the look and feel of a dorm room production.

So a note to South Korea's Arirang TV:  Learn from NHK World and make your production less amateur.
Posted by The FAIRBANK REPORT at 9/26/2013 11:35:00 PM No comments:

It's Almost 2 AM in DC, and the Filibuster Continues...Epic!

It's not often these days that we witness a filibuster in action in the United States Senate.  Politicians have become fat and lazy.

Here's the live link to the ongoing Ted Cruz/Mike Lee filibuster against ObamaCare.

http://therightscoop.com/watch-live-ted-cruz-filibustering-on-senate-floor/#disqus_thread
Posted by The FAIRBANK REPORT at 9/24/2013 10:49:00 PM No comments:

In a country that has perfected bubble-gum pop, South Korea has pretty much ignored folk music ("the real music") and folk musicians.

The Korean ajumma above is Kang Ji Min, and she sings both Korean and American pop classics.  Her voice in this rendition of "Without You" is almost perfect.  It is pure and powerful but not showy, unlike the Mariah Carey's version.

A good summary of how zhongqiu is celebrated in Asia can be found at http://www.holidaysia.com/events/mid-autumn-festival/

Every child of three and up knows that Zhongqiu (literally, the middle of autumn) is a Chinese harvest festival, which has blessed the Sinitic world, including Vietnam and the Korean Peninsula, with great joy.

Yet, the Koreans claim it as a "Korean holiday." Calling it "chuseok," Arirang TV translates it as "Korean Thanksgiving." There's no such concept as thanksgiving in the Sinitic world or in the broader Asian world. Thanksgiving is a Western concept, and Thanksgiving Day is purely American.

It's Zhongqiu, and it's Chinese in origin with Korean and Vietnamese variations.

Origin of Japan and the Japanese Language Explained...Best Article on this Topic Ever...

Just who are the Japanese?
Where did they come from, and when?

All through human history, centralized states with metal weapons and armies supported by dense agricultural populations have swept away sparser populations of huntergatherers. How did Stone Age Japan survive so long?

This article was taken from the library of The Japan Exchange and Teaching Alumni Association (Region #9 Oklahoma/Texas) and posted by Henny Savenje to the Moogoonghwa mailing on July 14, 2000. The original article appeared in Discover Magazine Vol. 19 No. 6 (June 1998).
Posted by The FAIRBANK REPORT at 9/16/2013 08:08:00 AM No comments:

Quote of the Day

From a Yahoo! Finance user:

"I hope they create some jobs soon. I've been waiting for it


to trickle down to main street. But I think we're just getting

Email ThisBlogThis!Share to TwitterShare to FacebookShare to Pinterest
Labels: economic collapse, economy, getting peed on

Although they promised to produce evidence on 9/9/13 showing that Hyon Song Wol and her band mates remain alive, North Korean Youtubers could/would not.

So we conclude that the Choson Ilbo (朝鲜日報 in Chinese) is probably correct in suggesting that Ms. Hyon and her band mates were machine-gunned to death in front of their families and friends.  Their crime:  putative pornography.

Recently, Chinese netizens pointed to a video of beautiful, young North Korean women dancing -- the kind of dancing that high school and college cheerleaders perform openly every day in North America.  They surmise that it was this type of "dirty dancing" that did Hyon Song Wol and her friends in.

Unless something else breaks, this piece concludes the Fairbank Report's extensive coverage on the murders of Hyon Song Wol and her band mates...
Posted by The FAIRBANK REPORT at 9/09/2013 06:44:00 PM 1 comment:


Jonathan Fairbank, who is vacationing in Buenos Aires, Argentina, just phoned to report that the IOC has only minutes ago chosen Dongjing ("Tokyo," Japan) to host the Summer Olympic Games in 2020...