Obama not a shoe in

Despite the MSM's pathetic and flagrant attempt to crown Barack Hussein Obama as the 44th President of the United States, his coronation by these liberal elites may prove to be premature.

Eye Candy for Yet Another Depressing Week 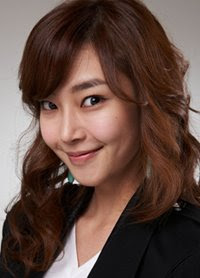 Korean up-and-coming actress Lee Seol Ah
The last time we featured the "eye candy" series, the Dow was at 8579. This weekend the Dow hovers around 8300 and change. Hopefully, we won't need any more eye candy to ameliorate our pain in the coming weeks... 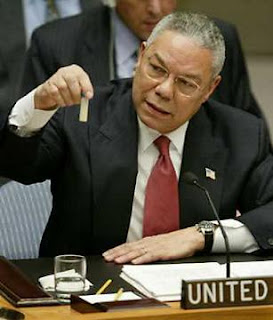 Obama Ahead of McCain Among Liberals, Dead People and Cartoon Characters!!!

Massive voter fraud in Ohio, Pennsylvania and Florida will catapult Barack Hussein Obama into the White House...
Posted by The FAIRBANK REPORT at 10/15/2008 12:00:00 AM No comments: 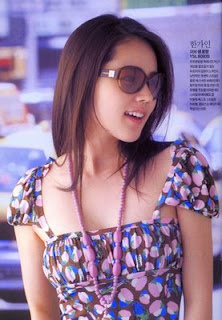 How Prescient We Were: Greenspan and the Housing Bubble

Editor's notes: We first pointed the finger at Grandmaster Greenspan back in November 4, 2005. Our then economics contributor, B G Phan, wrote a piece that was at least 18 months ahead of its time -- B.L. Huang.

Good bye and perhaps good riddance to Federal Reserve Bank Chairman Alan Greenspan. He is scheduled to leave the Fed at the end of January 2006. Sycophants in government and the mass media have hailed him as "the maestro," "the genius" and other equally nauseating, honey-dripping terms of endearment.Let's look at his recent records to see if these accolades are justified.

In 1996, Greenspan correctly foresaw the "irrational exuberance" of an overheated, speculative stock market. Yet, he did nothing to cool down the market. A few interest rate hikes in 1997, 1998 and 1999 might have avoided the crash of the stock market from 2000-2003. In fact, Greespan probably exacerbated the 2000-2001 recession by belatedly and continuously raising rates after the March 2000 bubble had burst.

It was only after the attacks of 9/11/2001 that the Fed began to cut interest rates.And then there's his recent "froth" in the real estate market commentary. Duh!, as the Valley Girl would say.

Under his chairmanship, the Fed has failed to regulate the banks and other financial institutions, which have been pushing dangerous exotic loans, e.g., interest-only, piggy-back, 100%+-financing mortgage loans. In overheated housing markets such as California, Boston and New York, these creative financing schemes now account for the majority of outstanding loans! People who have no business buying houses are purchasing them at enormously inflated prices. After all, it's not their money; they're playing with OPM, other people's money.

The housing bubbles in California, Boston and New York will burst. And the consequences and ramifications will be ten folds worse than the bursting of the Nasdaq bubble. Yet, Dr. Greenspan, "the maestro"--nay "the genius"--has done very little to prevent excesses in the housing markets by reining in rogue lenders.

Even if the Fed acts aggressively today, it is a day late and a dollar short.The upcoming housing bubble-induced recession, perhaps even a small depression, should be called Economic Hurricane Alan in honor of the maestro, and like other hurricanes, this one will pack a wallop and cause a world of hurt...
Posted by The FAIRBANK REPORT at 10/09/2008 04:55:00 PM No comments: 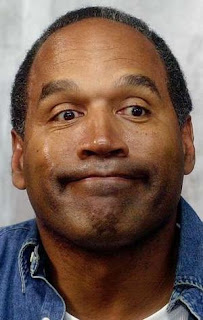 At 11 PM Pacific Time last evening, the (hard-working) jury and judge reconvened in a Las Vegas courtroom to deliver the verdict on the 12 criminal charges filed against OJ Simpson and an associate relating to the theft of certain sports memorabilia, putatively valued in the hundreds of thousands of dollars.

The verdict was GUILTY against the two men on all 12 charges. Sentencing is scheduled for December 5 in Las Vegas. Simpson and his confederate were immediately remanded into custody after the presiding judge denied the motion to post bail.
Posted by The FAIRBANK REPORT at 10/04/2008 10:52:00 AM No comments:

At the age of 82, recently freed from bankruptcy, Jeyaretnam was preparing another run for Parliament, where he had broken the governing party's monopoly by winning the first opposition seat in 1981.

"We were trying to surmount the last hurdle," said a close friend and political partner, Ng Teck Siong, speaking of Jeyaretnam's attempt to enter Parliament once more. "But we were not able to do that. He had to leave us."

Jeyaretnam's career was defined by his persistent attempts to win a seat in Parliament and his ongoing criticisms of the political establishment.

Since that first win in a special election, Jeyaretnam had lost his seat twice as the result of legal actions. He had been sued for defamation more times than he said he could count, paying hundreds of thousands of dollars in damages, mostly to members of the governing People's Action Party.

He fell into bankruptcy in 2001 when he was unable to pay a damage award, and was barred from politics until he cleared the debt early this year.

During that time of political exile he sold self-published books from a cardboard box on a sidewalk, shouting out their titles in the booming voice he had used to challenge the government in Parliament.

Though his photograph rarely appeared in the government-friendly press, the man known by his initials, JBJ, was easy to recognize with his long, somber face, exaggerated features and white fringe of whiskers.

"It would be terribly funny if it weren't tragic for me," he said in an interview at the time. "A lot of people tell me: 'Why do you carry on? It's hopeless in this place. Why do you sacrifice yourself, suffering all this pain?' Not that I suffer that much."

In his doggedness and refusal to compromise, Jeyaretnam was an irritant to the country's leaders, particularly to Singapore's founding father, Lee Kuan Yew, who called him "a poseur, always seeking publicity, good or bad."

Although he never won a libel case and lost more political battles than he won, Jeyaretnam's lone challenge made him a hero to some people.

"First, you see, I respect his courage," said a 46-year-old machine-parts salesman who bought one of his books by the side of the road. "This is a culture where if you can sleep well and eat well, nobody wants to find trouble. There's no right and wrong sometimes, in my opinion. For me, I just want to hear another voice."

In May, freed from bankruptcy, Jeyaretnam announced the formation of a new political party, the Reform Party, whose objective he said was "a complete and thorough change in the way this country is run - no tinkering."

"We are not allowed to exercise the fundamental rights given to us in the Constitution," he said at a news conference announcing the registration of the party.

"These are not abstract rights, airy-fairy rights, but rights that are most essential to our well-being: the right to speak up freely, the right to tell the government that the way things are going is wrong," he said.

With his new party duly registered, Jeyaretnam was in the process of preparing one more challenge for an open seat in Parliament - the last hurdle mentioned by Ng.

Joshua Benjamin Jeyaretnam was born in 1926 and grew up mostly in what was then Malaya, where his father worked as a clerk in the public works department.

A devout Anglican Christian of Sri Lankan descent, he often said he was motivated by a religious mission to do good for other people.

He earned a law degree at University College in London in 1951, where he met his future wife, Margaret. She died in 1980 and it was a point of regret to him that she was not there to share his victory when he won his seat in Parliament.

Back from London with his law degree, Jeyaretnam rose quickly in the legal establishment, serving as a magistrate, a district judge, a prosecuting counsel, a registrar of the Supreme Court and chief of the Subordinate Judiciary, a position of status and influence.

He resigned in 1963 at the age of 37 and went into private practice because, he said, "I was disillusioned, completely," and in 1971 he made the first of his many unsuccessful runs for a seat in Parliament.

He is survived by his two sons - Philip, a prominent lawyer who is president of the Law Society of Singapore, and Kenneth, an economist, at whose home he died.

As word of Jeyaretnam's death spread in Singapore, tributes multiplied on the Internet, where dissatisfied Singaporeans are finding a voice.

"Singapore has lost a true opposition leader, devoted to fight till the very end for what he believes in," said another.

Jeyaretnam had heard these anonymous voices before.

Sarah Held Her Own!

In terms of rhetoric and style, I think Senator Joe Biden (ever so slightly) outshone the inexperienced governor of Alaska, Sarah Palin. But for a novice, Palin held her own and did so much better than expected against a man who has over 30 years of political experience.

Republicans must be pleased with their gal. This was a crucial performance for Palin since she, until tonight, appeared to have lost some luster -- thanks in large part to the left-leaning MSM. 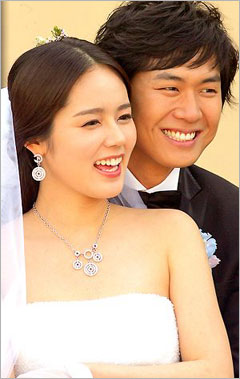