Beauty of the Week: Eugene

The Korean singer, MC, and actress is as talented as she is beautiful.  So cute!

IN 1966, THE GREAT PROLETARIAN CULTURAL REVOLUTION ERUPTED IN CHINA WHEN A DISGRUNTLED STUDENT PUBLISHED A BIG-CHARACTER POSTER (大字报 DAZIBAO) AGAINST AN ADMINISTRATOR AT PEKING UNIVERSITY.

TODAY, AMERICAN REBELS WITHOUT A CAUSE ARE USING RED GUARD TACTICS AT U.S. UNIVERSITIES WITH SIMILAR EFFECTS.

AN EXCELLENT PIECE FROM THE WALL STREET JOURNAL FOLLOWS. 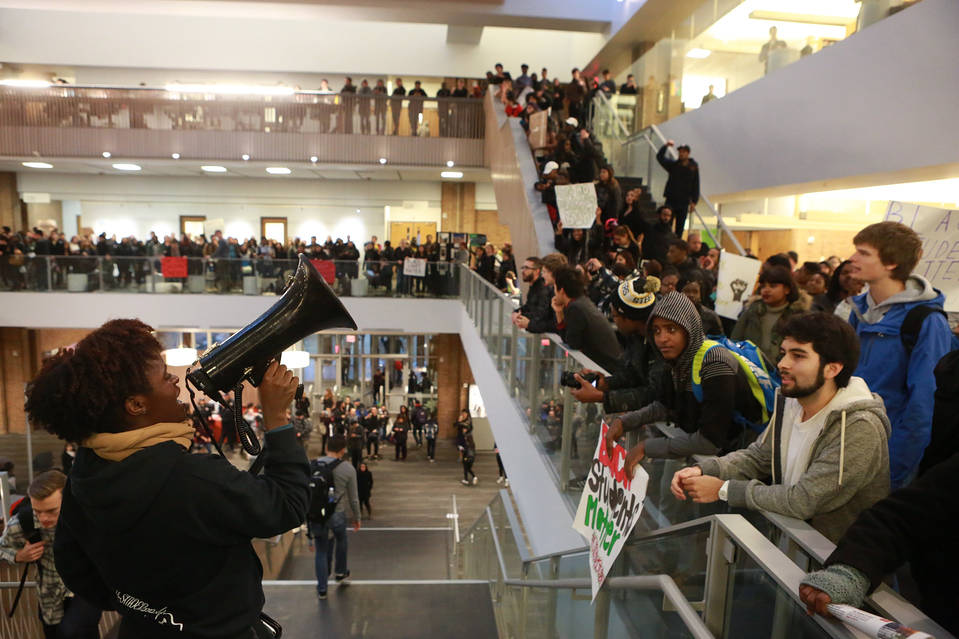 584 COMMENTS
For more than a week now, the country has been mesmerized, and appalled, by the news emanating from academia. At Yale the insanity began over Halloween costumes. Erika Christakis, associate master of a residential college at Yale, courted outrage by announcing that “free speech and the ability to tolerate offense are the hallmarks of a free and open society” and it was not her business to police Halloween costumes.
To people unindoctrinated by the sensitivity training that is de rigueur on most campuses today, these sentiments might seem unobjectionable. But to the delicate creatures at Yale’s Silliman College they were an intolerable provocation. What if students dressed as American Indians or Mexican mariachi musicians? Angry, hysterical students confrontedNicholas Christakis, Erika’s husband and the master of Silliman, screaming obscenities and demanding that he step down because he had failed to create “a place of comfort, a home” for students. The episode was captured on video and went viral.
At the University of Missouri, Jonathan Butler, the son of a wealthy railroad executive (2014 compensation: $8.4 million), went on a hunger strike to protest what he called “revolting” acts of racism at Mizzou. Details were scanty. Nevertheless, black members of the university football team threatened to strike for the rest of the season unless Tim Wolfe, Mizzou’s president, stepped down. A day or two later, he did.

If the younger generation wants to complain, they should do it over the big things we oldsters have done to them. They have become victims all right. How about the trillions of national debt we have kicked down the road to them? Or the thousands of unfathomable laws we placed upon the books? Or the paralyzing layers of bureaucracy they are inheriting? How about the world-wide renewal of Islamic imperialism that has been going on for thirty years? We are passing on a bigger mess than they realize—and they are complaining about their little feelings.

If you give a mouse a cookie he'll want a glass of milk. We are simply reaping what has been sown on campuses for many years past. By ignoring and tolerating the rising aggressiveness, intolerance and sense of entitlement of the leftist groups they have been encouraged to amp it up to ever increasing levels of outrage, abetted by over indulgent parents and egged on by a faculty largely populated with the generation of similar malcontents and activists who despoiled campuses in the 60's and 70's.

The crybullies have had a life time of nurturing.  They actually do believe that they entitled to anything they desire -- without putting out an iota of effort.

Thank a lot of parents and teachers for that.

If I were a 'Putin'; there could not be a better time to attack this country. Between a malevolent president that has neutered the military leadership, and the fantasists whimpering on our ivy covered yards, seems a quick march down Broadway.

This game has been played before.  When I returned to Cornell in the mid sixties after serving a four year hitch in the US Navy, we had similar problems.  The school had seen fit to make up for white guilt by bring in lots of blacks on scholarships.  Many were from poorly run high schools and had trouble with the academic load.
At one point they took over the Willard Straight Hall, moved in and kept the rest of out of the student union for which we were paying fees in our tuition.  When I offered to the legal office In Day Hall to be the complainant should the school wish to go to court to obtain an order for the blacks removal, I was told to say nothing more about it.
A couple of months later, the blacks, carry guns and at least one wearing bandoleers of ammo walked of the student union and onto the cover of an adoring Time Magazine.  It took a couple of weeks before the mess they left behind could be cleaned up enough for some of the areas to be reopened.

I was having dinner with my daughter and her boyfriend the other night, and we were talking about this situation on the college campuses. Icouldn't believe it when he sais he was ashamed of his generation. Some kids get it.
SHOW MORE COMMENTS