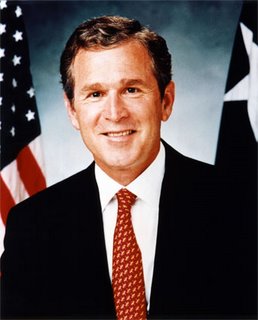 Los Angeles, CA-- About a fortnight before the mid-term Congressional elections, it is now apparent that the Republicans will lose control of the House of Representatives. It has been 12 years since Newt Gingrich brilliantly engineered the Party’s victory of the House. And the Republicans were able to do some significant things. First and foremost, they stopped Bill Clinton from moving to the Left. From 1994 onward, he (and Madame Clinton) had little choice but remained centrist.

Second, the Republicans passed two historic pieces of legislation: welfare reform (which had been sorely needed since 1965) and the 1997 tax relief act, which allows most American homeowners to keep the profits from the sale of their houses tax-free. The latter was a significant contribution to the 1998-2005 housing boom, which resulted in billions of tax-free dollars in Americans’ pocketbooks.

Power over a long period of time, history reminds us, often results in arrogance. And the Republicans of the Class of 1994 were no exception. Under the first six years of the Bush presidency, the Republican-controlled Congress authorized unprecedented amounts of Federal spending on all kinds of questionable programs.

And then there is the problematic issue of illegal immigration. At a time when American men and women are fighting a troublesome two-front “war on terror” in order to defend the Homeland, President Bush and his Republican Congress are actually encouraging a civil invasion from Mexico and Central America. America’s major urban centers are no longer recognizable as America’s own, and about half of the 300 million people who reside in the territorial United States do not speak English!

All of these developments were actively encouraged by President Bush and the Republican Congress.

Only recently have certain Republicans in the House reacted to the de facto invasion of America. They have pushed through a few robust legislation to defend America’s southern borders (by dragging their reluctant Senate colleagues as well as the President kicking and screaming).

But it’s a bit too little too late. In May, we at the Fairbank Report argued that the Republicans will lose their base of political support because of unfettered Federal spending and illegal immigration and therefore will lose the House (and possibly the Senate) in November. We noted then that conservative thinker Peggy Noonan was of the same opinion.

Now, it’s only a matter of days when the Republicans WILL lose control of the House of Representatives and very likely the Senate too. A gleeful “I told you so” immediately comes to our minds. But the thought of Nancy “Botox” Pelosi as Speaker of the House and Harry “Wimpy” Reed as Senate Majority Leader calls for sobriety, if not outright Parkinsonian convulsions…JF
Posted by The FAIRBANK REPORT at 10/28/2006 11:19:00 PM No comments:

The school year is only a month old, and a 500-person race riot between Hispanic and black students broke out at Fontana High School in the Inland Empire of Southern California. This does not bode well for the school year. Last year, there were at least four major riots between Hispanic and black students throughout the southern portion of the Golden State.

At the heart of these riots is one issue: the rapidly growing Hispanic population. Hispanics have moved into many traditionally African-American communities and have displaced them politically and even economically.

Again, unchecked illegal immigration is tearing at the fabric of American society.
Posted by The FAIRBANK REPORT at 10/14/2006 11:57:00 PM No comments: