So Fucking Depressed Lately; Only this Hot Chick Can Cheer Me Up!

China Lands on the Moon!!!

Today, China became the third country to land an unmanned vehicle on the moon.  The Chang'e III successfully landed this morning, Beijing time.
Posted by The FAIRBANK REPORT at 12/14/2013 11:36:00 AM No comments: 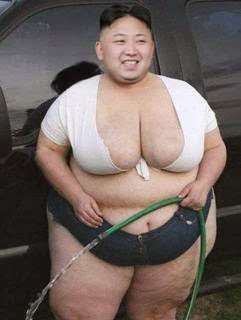 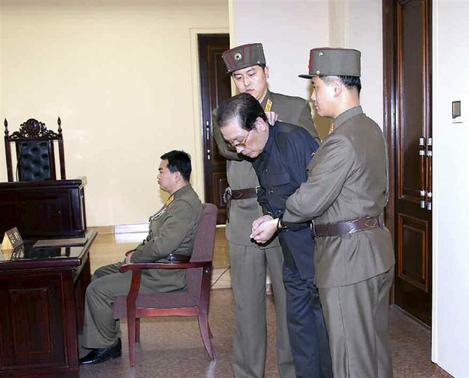 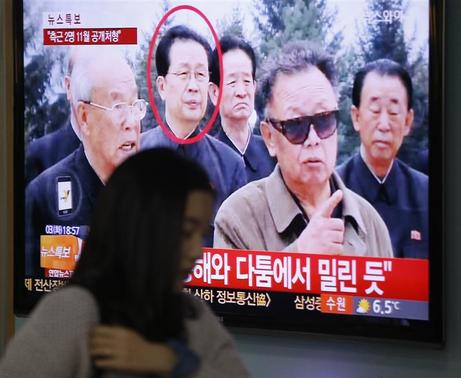 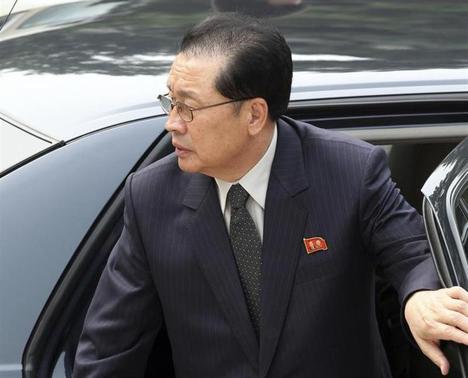 1 OF 5. Jang Song Thaek, with his hands tied with a rope, is dragged into the court by uniformed personnel in this December 13, 2013 picture taken from Rodong Sinmun December 12, 2013 and released by Yonhap.
CREDIT: REUTERS/YONHAP

(Reuters) - North Korea said on Friday the uncle of leader Kim Jong Un, previously considered the second most powerful man in the secretive state, has been executed for treason, the biggest upheaval since the death of Kim's father two years ago.
The North's official KCNA news agency said Jang Song Thaek had been executed after a special military tribunal found him guilty of treason, only days after he was stripped of all posts and expelled from the ruling Workers' Party.
News of the execution followed a swirl of unconfirmed media reports that one or more of Jang's aides had defected to South Korea. The South's spy agency says it has no knowledge of any such defections.
North Korean politics are virtually impenetrable from outside and the reason could also easily be a falling out between Kim and his uncle, or even with Jang's wife.
If true, the execution caps a spectacular downfall for a man who had long been a fixture in North Korea's leadership.
"The accused Jang brought together undesirable forces and formed a faction as the boss of a modern day factional group for a long time and thus committed such hideous crime as attempting to overthrow the state," KCNA said.
"The special military tribunal of the Ministry of State Security of the DPRK ... ruled that he would be sentenced to death according to it. The decision was immediately executed," it said, using the North's title of the Democratic People's Republic of Korea.
The official Rodong Sinmun newspaper also on Friday carried a photograph of Jang in handcuffs and being held by uniformed guards as he stood trial. It is not known how the sentence was carried out.
Jang was a vice chairman of the powerful National Defense Commission and a member of Workers' Party politburo.
Married to the sister of Kim's father, Kim Jong Il, Jang had been considered the man who could help his nephew establish himself in power but at the same time presented the greatest threat to the young and untested leader.
"This is a man who could have competently executed a coup in North Korea," said Mike Madden, an expert on the North's power structure and author of the North Korea Leadership Watch website and blog.
"He knows how the body guards work, how the security forces in Pyongyang work, how state security works - this guy had very intimate knowledge about very key nodes of control in North Korea," Madden said.
Earlier this week, North Korea stripped Jang of his power and positions, accusing him of criminal acts including mismanagement of the state financial system, womanizing and alcohol abuse.
"From long ago, Jang had a dirty political ambition. He dared not raise his head when Kim Il Sung and Kim Jong Il were alive," KCNA said, referring to leader Kim's grandfather and father, the previous rulers of the dynastic state.
"He began revealing his true colors, thinking that it was just the time for him to realize his wild ambition in the period of historic turn when the generation of the revolution was replaced," it said.
Regional powers have watched the purge of Jang and his associates - conducted in a rare, publicly prominent manner -for implications to regional security.
South Korea's presidential Blue House was holding a ministerial meeting to review the developments.
The United States said it was following the developments in North Korea and consulting with allies in the region.
"If confirmed, this is another example of the extreme brutality of the North Korean regime," said Patrick Ventrell, a spokesman for the White House's National Security Council.


(Additional reporting by James Pearson in HONG KONG and Matt Spetalnick in WASHINGTON; Editing by Paul Tait)
Posted by The FAIRBANK REPORT at 12/12/2013 06:59:00 PM No comments:

IF YOU ARE ASIAN OR BLACK, DON'T BOTHER APPLYING FOR JOBS WITH THE CITY OF WEST COVINA.  THEY ONLY HIRE WHITES AND HISPANICS.