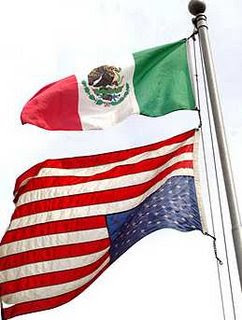 Found this article from Pravda via the Drudge Report. Notwithstanding the poor grammar and syntax, the gist of the article is correct.

True, the situation has been well prepared on and off for the past century, especially the past twenty years. The initial testing grounds was conducted upon our Holy Russia and a bloody test it was. But we Russians would not just roll over and give up our freedoms and our souls, no matter how much money Wall Street poured into the fists of the Marxists.

Those lessons were taken and used to properly prepare the American populace for the surrender of their freedoms and souls, to the whims of their elites and betters.

First, the population was dumbed down through a politicized and substandard education system based on pop culture, rather then the classics. Americans know more about their favorite TV dramas then the drama in DC that directly affects their lives. They care more for their "right" to choke down a McDonalds burger or a BurgerKing burger than for their constitutional rights. Then they turn around and lecture us about our rights and about our "democracy". Pride blind the foolish.

Then their faith in God was destroyed, until their churches, all tens of thousands of different "branches and denominations" were for the most part little more then Sunday circuses and their televangelists and top protestant mega preachers were more then happy to sell out their souls and flocks to be on the "winning" side of one pseudo Marxist politician or another. Their flocks may complain, but when explained that they would be on the "winning" side, their flocks were ever so quick to reject Christ in hopes for earthly power. Even our Holy Orthodox churches are scandalously liberalized in America.

The final collapse has come with the election of Barack Obama. His speed in the past three months has been truly impressive. His spending and money printing has been a record setting, not just in America's short history but in the world. If this keeps up for more then another year, and there is no sign that it will not, America at best will resemble the Wiemar Republic and at worst Zimbabwe.

These past two weeks have been the most breath taking of all. First came the announcement of a planned redesign of the American Byzantine tax system, by the very thieves who used it to bankroll their thefts, loses and swindles of hundreds of billions of dollars. These make our Russian oligarchs look little more then ordinary street thugs, in comparison. Yes, the Americans have beat our own thieves in the shear volumes. Should we congratulate them?

Ok. Don't say we ain't hip here at the Fairbank Report. Today we're featuring an Asian-American band whose members consist of Vietnamese/Chinese graduates of UCLA: Thomas' Apartment. It's a great sound -- combining an indie flair with the thoughtfulness of high art. Their latest MV, "Temperature," is quite good...

Another Piece of Eye Candy 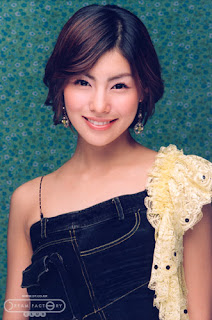 Currently playing a role in the K-drama entitled "Job Well Done," Miss Kim also had a major role in another highly ranked K-drama, "Kingdom of the Winds," in which she played King Moo Hyul's bride.

Her best features are the eyes and nose, of course surgically enhanced. We are talking about Korean actresses! 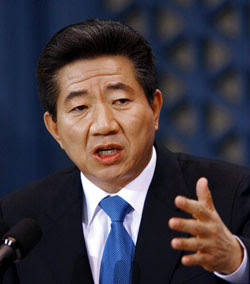 Seoul, SK -- Breaking news: Former South Korean President Roh Moo-hyun (in office from 2003-08) died of apparent suicide as he and an aide hiked in the mountains.

For many months, Roh and his wife have been under investigation for taking bribes from a shoe mogul while in office. He was very close to being indicted by the South Korean Prosecutor's Office.

The Fairbank Report is your source for breaking news and for news that the MSM dare not cover...
Posted by The FAIRBANK REPORT at 5/22/2009 08:08:00 PM No comments: 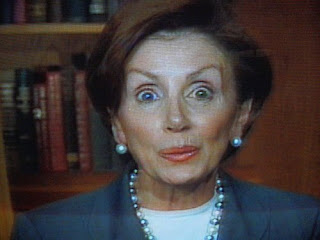 Known as "Botox" for her excessive use of the nerve toxin (which causes deadly botulism) to manage facial wrinkles, House of Representatives Speaker Nancy Pelosi (D-California) has accused the CIA of lying to her and Congress about the agency's use of enhanced interrogation techniques.

It has now been revealed that CIA staff had fully informed Mrs. Pelosi, then a ranking member of the minority party in the House, and other Congressional members.

Mrs. Pelosi's unprofessional treatment of the CIA as well as her overall demeanor and mishandling of this case cry out for her immediate resignation from the Speakership of the House and indeed from Congress.
Posted by The FAIRBANK REPORT at 5/16/2009 10:01:00 AM No comments: 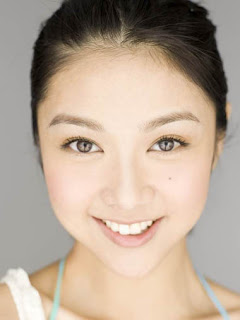 Eye Candy for May Day Friday 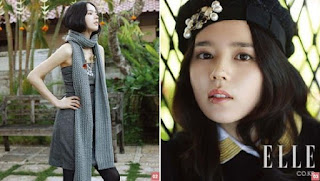 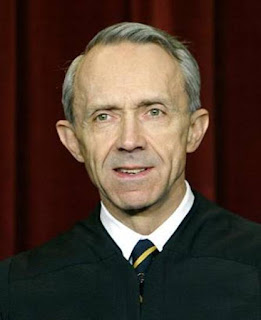 Breaking: Moments ago, the White House confirmed that Supreme Court Justice David Souter, a Bush 41 appointee, will retire from the United States Supreme Court at the end of the Court's session in June. Justice Souter is the first known gay justice in the history of the Supreme Court.
Posted by The FAIRBANK REPORT at 5/01/2009 12:09:00 PM No comments: