Democracy in America is two wolves and a sheep voting on what to have for dinner. For many years in the United States, welfare recipients have voted themselves pay increases at the ballot box. Now the nanny state is at it again. The putative mortgage crisis currently facing the country has many politicians talking about bailing out both rogue lenders and scheming borrowers. We have been reporting for years here at the Fairbank Report that many people have been playing with OPM (other people’s money) when it came to easy mortgage financing.

No income verification. No money down. In fact, why not borrow up to 125% of the value of the property? People making minimum wages were buying million-dollar homes. Both lenders and borrowers knew what they were doing. They were gaming the system and more significantly getting away with it.

Now the wolves are voting themselves, at the expense of the sheep, a federal bailout. It only goes to show that if bad behaviour occurs in a large enough number, there won't be any consequences. What about the people who forwent vacations and fancy restaurant meals in order to scrimp and save for the 20% down payment? They are, in a phrase, royally screwed!

I oppose any government – federal or state – bailout of this mortgage debacle. I even object to the Bush Administration’s proposal, currently being circulated among lenders, to artificially freeze mortgage rates at an “affordable level.”

These rogue lenders and scheming borrowers knew precisely what they were getting into when they executed these exotic loans. Now a few crocodile tears down their fat cheeks are leading the weak-knee politicians to propose a taxpayer bailout and other counter-market measures. There must be severe consequences to bad behaviour, or else, there won’t be anything but bad behaviour.
Posted by The FAIRBANK REPORT at 11/30/2007 09:23:00 PM No comments: 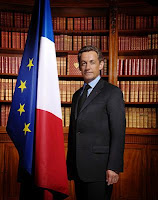 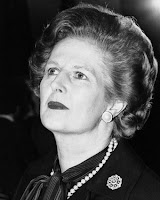 The realpolitik of economic globalization has finally hit home for the French people. They no longer live in a bubble-wrapped world, where 35-hour work weeks and six-week paid vacations are normal. While these perks should be normative, the hungry of China and India will perform the same work for much less pay and under much more stringent conditions.

So the French trade unions will go on demonstrating and picketing, even as their ranks are thinning. Only seven percent (yes 7%) of the French labor force are unionized, a surprisingly low number that is about half that of the United States (Source: Los Angeles Times, 11/23/2007).

Nevertheless, Sarkozy – thirty years after Margaret Thatcher – has the difficult and unenviable task of dismantling the entrenched welfare-nanny state that has made France unproductive and inefficient. We wish him all the best because he WILL need it.
Posted by The FAIRBANK REPORT at 11/23/2007 03:05:00 PM No comments:

How Prescient We Were: Greenspan and the Housing Bubble

Editor's notes: We first pointed the finger at Master Greenspan back in November 4, 2005. Our then economics contributor, B G Phan, wrote a piece that was at least 18 months ahead of its time. Way to go, B.G.!
--M. Henchard

Mr. Phan is Senior Editor of the FAIRBANK REPORT.

Good bye and perhaps good riddance to Federal Reserve Bank Chairman Alan Greenspan. He is scheduled to leave the Fed at the end of January 2006. Sycophants in government and the mass media have hailed him as "the maestro," "the genius" and other equally nauseating, honey-dripping terms of endearment.

Let's look at his recent records to see if these accolades are justified.

In 1996, Greenspan correctly foresaw the "irrational exuberance" of an overheated, speculative stock market. Yet, he did nothing to cool down the market. A few interest rate hikes in 1997, 1998 and 1999 might have avoided the crash of the stock market from 2000-2003. In fact, Greespan probably exacerbated the 2000-2001 recession by belatedly and continuously raising rates after the March 2000 bubble had burst. It was only after the attacks of 9/11/2001 that the Fed began to cut interest rates.

And then there's his recent "froth" in the real estate market commentary. Duh!, as the Valley Girl would say. Under his chairmanship, the Fed has failed to regulate the banks and other financial institutions, which have been pushing dangerous exotic loans, e.g., interest-only, piggy-back, 100%+-financing mortgage loans. In overheated housing markets such as California, Boston and New York, these creative financing schemes now account for the majority of outstanding loans! People who have no business buying houses are purchasing them at enormously inflated prices. After all, it's not their money; they're playing with OPM, other people's money.

The housing bubbles in California, Boston and New York will burst. And the consequences and ramifications will be ten folds worse than the bursting of the Nasdaq bubble. Yet, Dr. Greenspan, "the maestro"--nay "the genius"--has done very little to prevent excesses in the housing markets by reining in rogue lenders. Even if the Fed acts aggressively today, it is a day late and a dollar short.

The upcoming housing bubble-induced recession, perhaps even a small depression, should be called Economic Hurricane Alan in honor of the maestro, and like other hurricanes, this one will pack a wallop and cause a world of hurt...
Posted by The FAIRBANK REPORT at 11/19/2007 12:54:00 PM No comments:

GOD: NO to Evita Clintonista

As Evita Hillary Clinton was addressing reporters in Iowa, instead of performing the duties of junior Senator from New York for which she is handsomely paid, four American flags collapsed behind her. Not one, or two, or even three, but all FOUR flags fell.

Whilst God speaks in mysterious ways, this incident is easily interpreted. God says an emphatic “NO” to Evita Clinton. She will destroy the Republic as we know and love it. God has spoken…
Posted by The FAIRBANK REPORT at 11/12/2007 10:45:00 AM No comments:

The Faces of (Alleged) Corruption 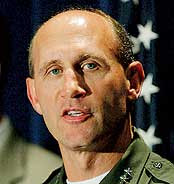 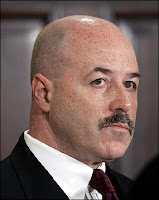 Email ThisBlogThis!Share to TwitterShare to FacebookShare to Pinterest
Labels: Corruption

A Woman of Substance 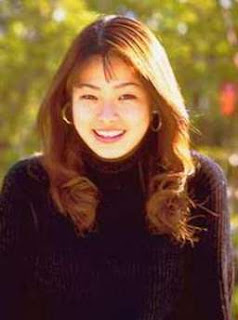 Forest Gump once famously said, "Stupid is as stupid does." Or something akin to it. Well, the shaved apes of the City of West Covina (15 miles east of downtown Los Angeles) narrowly re-elected a 32-year-old crook and accused wife-beater to their City Council.

"Me voted for him," said proud West Covina resident Pauline Reyes, wiping away donut crumbs from her supple mustache, "because him cute."