A Plant in the Conservative Movement 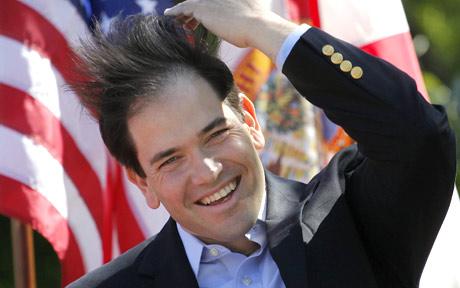 Marco Rubio, the junior senator from the swamps of Florida, came out of nowhere to become a prominent voice in the conservative movement.

He's a plant in the conservative movement.  His only mission assigned by his Lumminate overlords is to get Amnesty II passed so that up to 100 million people can enter the United States to become permanent residents and eventually take up citizenship.  That's 100 million people that we have to feed, clothe and house.

It looks like he will succeed in bullying the Republican-controlled House to pass Amnesty II.

The puzzling thing is that Rubio has so far successfully hoodwinked the likes of Rush Limbaugh and Sean Hannity.

But he and the Lumminates/One Worlders did not foresee the perspicacity of this Fairbank Report.  We are the first to expose this Manchurian candidate.  Don't say we did not warn you.
Posted by The FAIRBANK REPORT at 6/16/2013 10:48:00 PM 40 comments:

One of the Best K-Drama Songs...

Unlike low-quality American dramas, Asian drama series put a lot of money and resources into their production, including the official sound track (OST).

This song is from the Korean drama, "Kingdom of the Wind."

The singer is the great Wheesung.

For the full essay, go to:


In the summer of 2011 the writer DW Gibson set out across the country to speak with Americans who had lost their jobs. The following account is adapted from Mr. Gibson’s July 12, 2011, interview with Dominick Brocato of Kansas City, who had been fired nearly two years before from his position with DST Systems, where he had worked successfully for 20 years. The full interview, and more than 70 others, are collected in the forthcoming book and documentary film “Not Working.”

Mr. Gibson describes Mr. Brocato: “He is 58 and has lived in Kansas City all his life. His shirt is pressed and tucked. His hair is definitely not gray, nor do I think Dominick would allow it to become so. He carries a notepad encased in a leather pouch. His appearance is immaculate and I can confirm it is not easy to remain so well turned out in the July humidity that grips this city, wringing composure from those who are exposed to it.”


Between April and August I have filled out and put in resumes for about 380 to 390 positions. I probably had 45 to 50 different meetings that I would just initiate on my own, asking someone, “Can we just go have coffee, or just go to lunch?” I spent a lot of money doing that. The majority of people, where I would say, “Can we just go to coffee?” … I didn’t get a lot of response. If I’d say, “Hey, let’s go to lunch; I’ll buy lunch,” I got more takers.

And that was O.K., if I thought it was going to work to my benefit. Sometimes I would say, “You pick the place.” I did that a few times, and after a $40 lunch I realized this isn’t going to happen anymore. This is not fair. I guess I was really shocked that people would allow me to go ahead and pay knowing they’re working and they’re with a company, but again, I made the offer, and I was willing to do that. And I’d always try to end every meeting saying, “How can I help you?” And quite a few would take me up on that. I wrote out personal thank you notes, sent cards, had cards made with my name on the front. So I did all those things that I don’t think the average person does.
Posted by The FAIRBANK REPORT at 6/12/2013 11:14:00 AM 35 comments:

the big push for AMNESTY

LATELY, THE AIRWAVES HAVE BEEN INUNDATED WITH ADS FAVOURING THE AMNESTY BILL FOR "UNDOCUMENTED AMERICANS" (THEY LOST THEIR PAPERWORK WHILE SWIMMING, DON'T YOU KNOW?!).

THE BILL WAS DRAFTED BY A SCHOOL OF UNITED STATES SENATORS WHO CALL THEMSELVES "THE GANG OF EIGHT."

THESE RADIO ADS CLAIM TO REPRESENT THE VOICES OF CONSERVATIVES.

WE ALL KNOW THESE ADS ARE BOUGHT AND PAID FOR BY THE USUAL SUSPECTS:  LIBERALS, ILLIBERALS, ONE WORLDERS, UNION BOSSES AND THE ILLUMINATI.

The IRS: Your Money at Work!

"No Justice, No Peas" 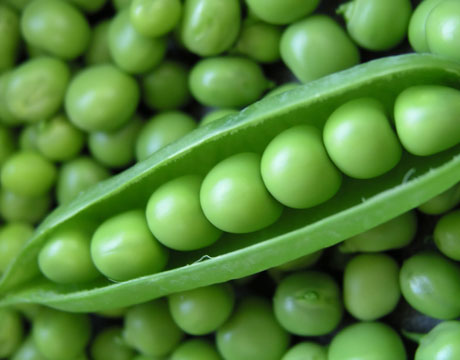 The Fairbank Report is keeping an eye on this case and will inform our thousands of readers when the government furtively releases these two ghetto thugs...To borrow a phrase from the bete noire crowd, "no justice, no peas."

A judge has once again delayed the trials of Bryan Barnes and Javier Bolden, two men charged with killing two USC graduate students in an off-campus shooting last year.

The suspects have yet to face a trial more than a year since the shootings took place. Barnes and Bolden have been in custody since late May, but defense lawyers have repeatedly delayed the scheduling of a preliminary hearing since the pair pled not guilty last July. Ming Qu and Ying Wu were found dead next to their bullet-ridden car on April 11, 2012, a mile away from campus.
Barnes is also suspected of firing shots into a party last February, which left one man paralyzed and a woman seriously injured.

“Let’s think about doing this [the trial] in September,” said Judge Stephen A. Marcus. He asked the lawyers to reconvene on June 5.
Both Barnes and Bolden face charges of murder. They could recieve the death penalty if convicted.
Family members of the suspects and members of the Chinese media attended the session, which lasted no more than 20 minutes. Barnes and Bolden walked into the room handcuffed in blue jumpsuits; Bolden blew a kiss to his mother. Lawyers for the pair then requested postponing the trials of Bolden and Barnes so they could have more time for preparation, which left the judge visibly upset.
“I am aware of preparation,” the judge told the defense attorneys. “There is a lot of time that you’ve had so far with preliminary hearing.”
He then asked the pair to waive their right to a speedy trial.
“Yes sir,” they replied, heads down.
At one point during the session, the judge snapped at the defense for their insistence to continue delaying the trial.
“You can listen to me, you can’t listen to me but I am the one sitting up here.”
Nevertheless, the defense continued to push for a delayed trial date in September and repeated that their case required a lot of preparation. One of the lawyers told the judge that she also planned to take a break during the month of August, making late September the most convenient time for her.
“Beyond September may appear to this court as unreasonable,” replied Judge Marcus.
Reach Aaron Liu here.