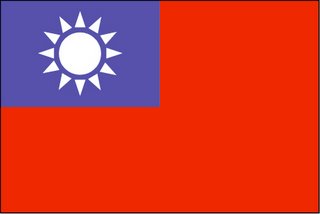 Editor's notes: The United States, in particular California, is the chief recipient/"beneficiary" of dirty money from both Taiwan and China. Every year, billions of dollars from Greater China are laundered in both California and the United States. One of the unfortunate results of these dirty monies is the vast disparity of wealth between the Greater Chinese community and the native-born American communities. Another problematic effect is hyper-inflation in the real estate market in California, where 86% of the state's population cannot afford to buy a house.

President Chen to stay on despite corruption scandals
2006/6/28

Today, Tuesday, June 27, 2006, the Legislative Yuan will vote on an unprecedented motion, calling for a national referendum to recall the president for misgovernment and over corruption scandals involving his family and close aides.

It is a foregone conclusion that the recall motion against President Chen Shui-bian, initiated by the opposition Kuomintang and the People First Party three weeks ago, will not get passed in the Legislature because the opposition, with a three-seat majority, will not be able to muster the two-thirds majority required for launching the referendum in the 221-seat parliament.

Legislators of the ruling DPP are expected to boycott the vote en mass to show support for the native president despite his poor record and corruption allegations.
It is also a foregone conclusion that President Chen has lost the trust and respect of not only his people but also Taiwan's most important ally, the U.S.

Washington has repeatedly warned Chen against his moves to change the status quo that could drag the U.S. into military conflicts with China over Taiwan.

Taiwan's people have been so disillusioned by the Chen administration's poor performance of the past six years that the approval ratings for the president and his party have both sunk to the same 18 percent, according to the ruling party's own survey.

Media polls indicate most people are dissatisfied with the president, do not believe his word or the innocence of his wife and associates implicated in the scandals, and say he is unfit for his office.

Public trust and respect for the president have eroded beyond repair since his disputed re-election victory two years ago, which was made possible by an election eve vote-swaying assassination attempt on the president and vice president that caused minor injuries to both.

His government refused to cooperate with the ad hoc commission authorized to find the truth.
His integrity became a growing public concern after a fugitive business tycoon charged that Chen's wife, Wu Shu-chen, took NT$6 million cash donations from him in 1994 and 1998 respectively. The Chens vehemently denied it, swearing to "quit politics for good immediately" if they were found to have taken bribes from the tycoon, Chen Yo-hao, former head of the Tuntex group now on the most wanted list on charges of embezzlement and fraud.

Last week, the president, in his rebuttal to hit back at the opposition over its attempt to recall him, changed his line, admitting to have received political contributions from the tycoon. "But my wife never met Chairman Chen in private or at public occasions before. And she did receive his wife, accompanied by a friend, at our residence after she and her husband had been placed on the most wanted list."

His wife never met him; if she did, why not admit it? So she couldn't have taken money from him.

On Sunday, the tycoon again held a press conference televised live from Los Angeles, to call both the president and the first lady "liars". "My wife visited the first lady six months before our warrants were issued. A new lie by Ah-Bian to reinforce their original lie."

The tycoon said he had three witnesses, including a former legislator of the DPP, and two chauffeurs who had taken them to Wu's residence.

The legislator, Shen Fu-hsiung, recently admitted he had taken the tycoon to see Wu, but since the president openly denied the meeting he has remained quiet.

And then, the president and his wife have to answer questions about her role in the transfer of ownership of the Sogo department store and the origin of their Sogo gift vouchers worth millions.