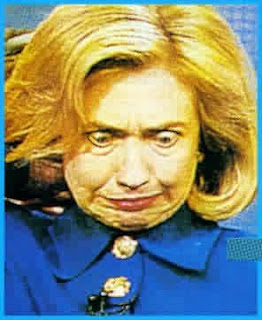 "Oh my, oh dear, a turban in the age of global warming?!"

It is now reported in the Times of London that staff to Her Thighness, America's Evita--Hillary Rotten Clinton--has revealed that the darling of the MSM, Sen. Barak Hussein Osama of provincial Illinois, attended a fundamentalist madrassa in Jarkatta, Indonesia. If this juicy morsel turns out to be true--and it appears to be that way--Osama's omission of this significant portion of his biography will undoubtedly hurt his presidential bid. Even lavish praises and support from the MSM may not be enough to save Osama. This is, after all, the age of the blogs!

We are enjoying this three-ring circus on the sideline :-)