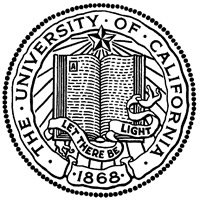 The University of California Compensation Scandal, which was first reported by the San Francisco Chronicle, illustrates the arrogance and hypocrisy and perhaps even corruption of senior mandarins who run our public institutions. There's one set of rules for the plebeians, and then there's another more favorable set of rules --or none at all-- for the mandarins in charge.

The Fairbank Report is not picking on the UC system. We are not even decrying the "high compensation" that certain officials are reaping from the University. We are, however, vehemently objecting to the two-track system, whereby senior mandarins reward themselves and their cronies huge sums of salaries and benefits without adhering to the rules they themselves impose on lower-level staff.

We are aware that this phenomenon exists throughout the public sector in California. County, city and court bureaucrats routinely place (incompetent) friends and relatives in high places in exchange for personal and, in some instances, sexual favors. In all these instances, there are stringent rules on the books, yet reports from the field indicate that senior bureaucrats routinely violate these regulations with impunity.

Either enforce the rules on everyone, or throw them out altogether. Enough with the two-track system!!!
Posted by The FAIRBANK REPORT at 5/18/2006 12:49:00 PM