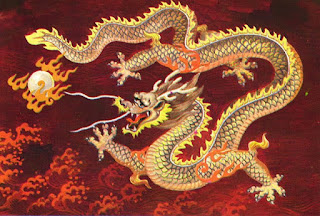 Will China be a monster economy by 2040?

HONG KONG: A noted China-watcher at the Carnegie Endowment for International Peace once said that the "only thing rising faster than China is the hype about China".

The research paper, authored by Robert Fogel, director of the Center for Population Economics at the University of Chicago Graduate School of Business, makes some breath-taking, mind-numbing projections. Sample these:

*Fogel says that, by 2040, China's GDP (in purchasing power parity terms) will be $123 trillion - or about 40% of global GDP that year - and nearly three times the total output of the entire world in 2000. That figure represents a 2,400% GDP growth since 2000. In fact, says Fogel, in 2040, the Chinese market "will probably be larger than the combined markets of the US, the European Union, India, and Japan." How's that for a monster economy!

*In other words, says Fogel, in 40 years (starting 2000), China will have raced right across the economic spectrum from being a 'poor' country to a 'super rich' one!

Fogel's study is also remarkable for one other projection: the decline of Europe. The European Union's share of global GDP will decline from 21% in 2000 to about 5% in 2040, he prophesies. The relative decline of the European Union, implied by its stagnation in population and its modest growth in GDP, is the "most unsettling of the forecasts," says Fogel.

But it is Fogel's projections in respect of China that are the "most provocative", as he himself acknowledges. He then goes on to explain the basis for "so optimistic a view".

One of the critical drivers of China's economic growth over the next generation, argues Fogel, will be the growth in labour productivity that comes of workers shifting from agriculture to other sectors of the economy, such as industry or services. In his estimation, such an inter-industry shift added 3 percentage points to the annual national growth rate from 1978 to 2003. "I expect inter-industry shifts to continue to be an important element in China's growth."

A second reason for Fogel's projection of this meteoric rise is that China is investing heavily in human capital, which, he says, will act as an engine of high economic growth. China, he notes, has invested heavily in rapidly expanding enrolment ratios in both secondary and tertiary education. "Increasing the enrolment ratio in high school to 100% and in college to 50% over the next generation would, by itself, add over 6 percentage points to the annual growth rate," says Fogel.

In making these rosy projections, Fogel airily dismisses fears articulated by other analysts of an economic breakdown or social unrest. Conceding that the inefficiency of many state-owned enterprises (SOEs) in China may be a drag on the economy, Fogel, however, says that "the idea that these inefficient firms will suddenly go bankrupt is far-fetched."

Not only does the government have the finances needed to continue subsidising inefficient firms if it chooses to do so for economic or political reasons, but the burden of these subsidies will also gradually diminish because the share of the industrial output supplied by these underperforming SOEs will gradually decline, he argues.

Additionally, in Fogel's estimation, China's political leaders have a strategy in place for the devolution of power and for co-opting elites. "The government's responsiveness to popular concerns indicates that political stability is likely to remain at the level required for continued long-term economic growth," he concludes.

Fogel explains why he feels more optimistic about China's economic growth than India's. For one, he says, although India has an excellent system of higher education, it lags substantially behind China, South Korea and Asean countries in educational achievement.

Over 40% of the population is still illiterate and gross secondary school enrolment rates in 2002 were less than half the numbers in China.And even the enrolment rate in higher education in India lags behind China's, he points out. Agricultural labour productivity growth rates in India are half that of in China, and given that two-thirds of India's labour force is still in agriculture, this hinders growth of the overall economy, say Fogel.

China's meteoric rise of the past three decades has, of course, proved countless Cassandras wrong. Even so, Fogel's linear extrapolation of human capital trends and his broad-sweep delineation of China's future seem overly optimistic.

As George Mason University professor of economics Tyler Cowen, author of Discover Your Inner Economist, notes half in jest: "Repeat after me: 'China in the 20th century had two major revolutions, a civil war, the Great Leap Forward, mass starvation, the Cultural Revolution, arguably the most tyrannical dictator ever... And now they will go from rags to riches without even a business cycle burp.' I don't think you can do it with a straight face!"

Hi there!
I would like to burn a theme at here. There is such a nicey, called HYIP, or High Yield Investment Program. It reminds of ponzy-like structure, but in rare cases one may happen to meet a company that really pays up to 2% daily not on invested money, but from real profits.

For several years , I earn money with the help of these programs.
I'm with no money problems now, but there are heights that must be conquered . I make 2G daily, and my first investment was 500 dollars only.
Right now, I managed to catch a guaranteed variant to make a sharp rise . Turn to my blog to get additional info.