China is Restored as the Center of the Universe (Zhongguo); Usurpers (USA) Beware! 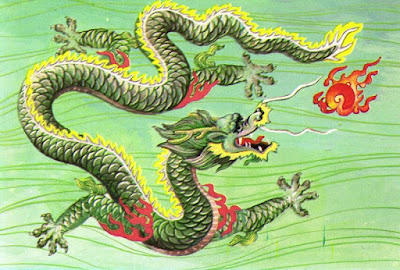 China pushing the envelope on science, and sometimes ethics Chinese researcher and data analyst Zhao Bowen in the lab of BGI, which has insulated itself from the government's dictates. (Yuan Shuiling/imaginechina)

SHENZHEN, CHINA -- Last year, Zhao Bowen was part of a team that cracked the genetic code of the cucumber. These days, he's probing the genetic basis for human IQ.


Zhao is 17.
Centuries after it led the world in technological prowess -- think gunpowder, irrigation and the printed word -- China has barged back into the ranks of the great powers in science. With the brashness of a teenager, in some cases literally, China's scientists and inventors are driving a resurgence in potentially world-changing research.
Unburdened by social and legal constraints common in the West, China's trailblazing scientists are also pushing the limits of ethics and principle as they create a new -- and to many, worrisome -- Wild West in the Far East.
A decade ago, no one considered China a scientific competitor. Its best and brightest agreed and fled China in a massive brain drain to university research labs at Harvard, Stanford and MIT.
But over the past five years, Western-educated scientists and gutsy entrepreneurs have conducted a rearguard action, battling China's hidebound bureaucracy to establish research institutes and companies. Those have lured home scores of Western-trained Chinese researchers dedicated to transforming the People's Republic of China into a scientific superpower.
"They have grown so fast and so suddenly that people are still skeptical," said Rasmus Nielsen, a geneticist at the University of California at Berkeley who collaborates with Chinese counterparts. "But we should get used to it. There is competition from China now, and it's really quite drastic how things have changed."
China has invested billions in improving its scientific standing. Almost every Chinese ministry has some sort of program to win a technological edge in everything from missiles to medicine. Beijing's minister of science and technology, Wan Gang, will visit the United States in early July and is expected to showcase some of China's successes.